A DAY IN THE CITY

For his “WAA DAKAR“ series, Antoine Tempé surveys the city in search of remnants from its past. This is a choice made by the photographer when he goes out to meet the men and women who work on the streets of Dakar.

In order to capture those portraits, Antoine Tempé first connects with his subjects on their own territory; he then places them in a neutral context, in a portable studio, thus separating them from the aesthetics of their workplace. This de-sign is like a symbol of urban transformations; it illustrates the sense of displacement felt by these working men and women who are forced to adapt to the rapid growth of African metropolises. Through this setup, at times Tempé in-vites the onlooker to focus on the subjects themselves, at other times on a peculiar pose, or on a tool of their trade.

The “WAA DAKAR” series documents these special moments, conveying an aesthetic that leaves nothing to chance. In postmodern societies, mass media create ideals that are constantly evolving according to the latest trends. Tempé’s work questions these changes as well as the evolutions in this specific photographic style. We are here looking at a fresco depicting society.

Most of Antoine Tempé’s work relies on staged photography. His series “Face to Faces” and “Dance” emphasized the gaze of his models, their emotions —the nostalgia of a bygone bliss or the hope for an uncertain future.

“WAA DAKAR” is set in the same aesthetic framework. 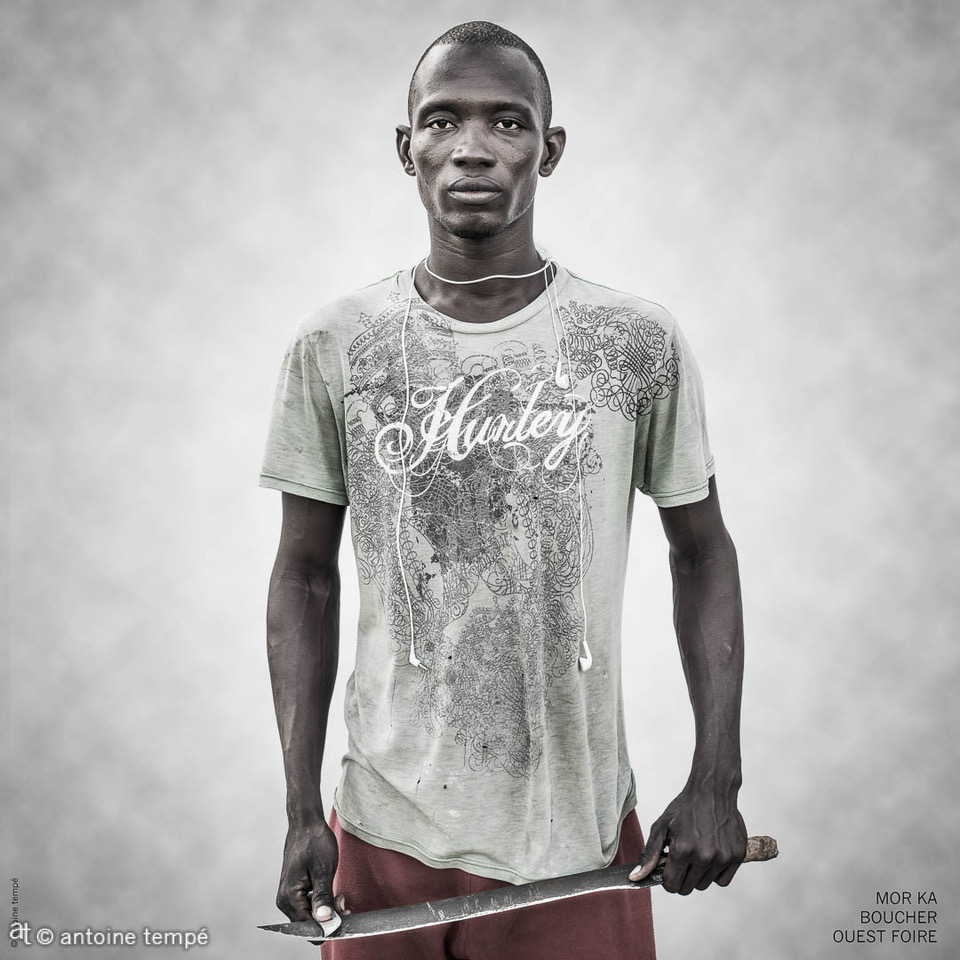 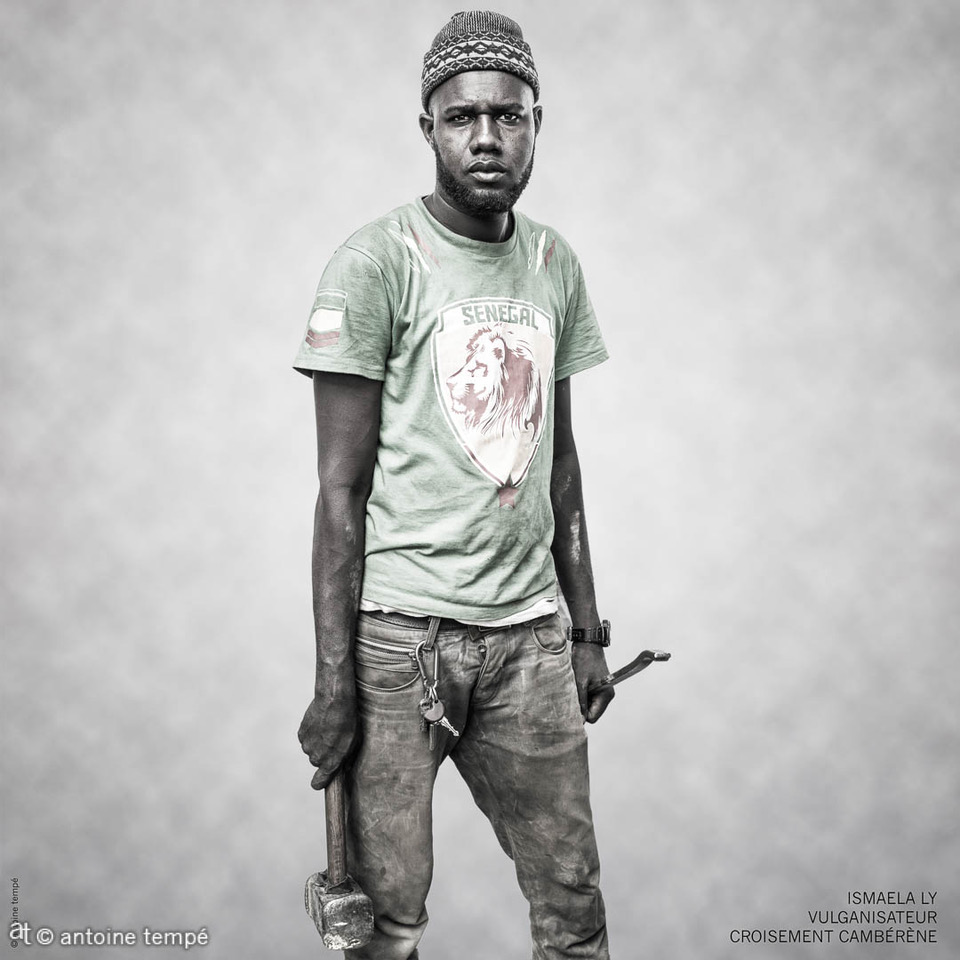 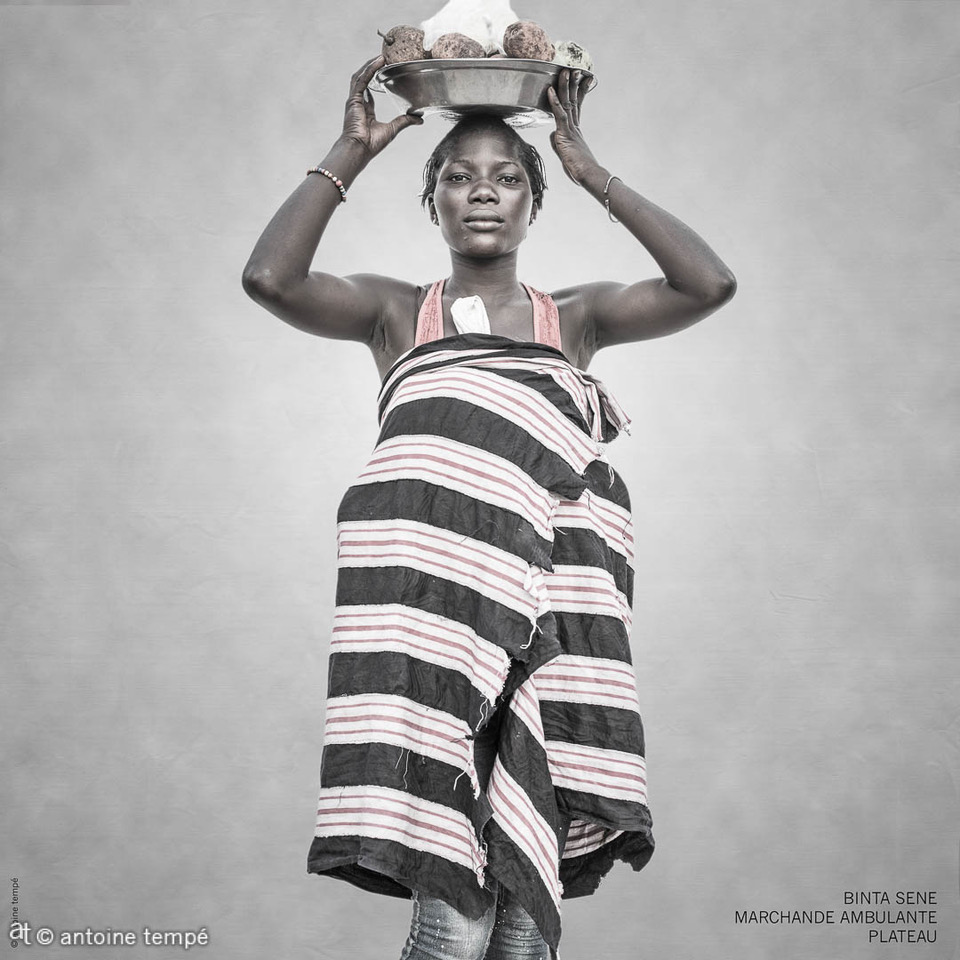 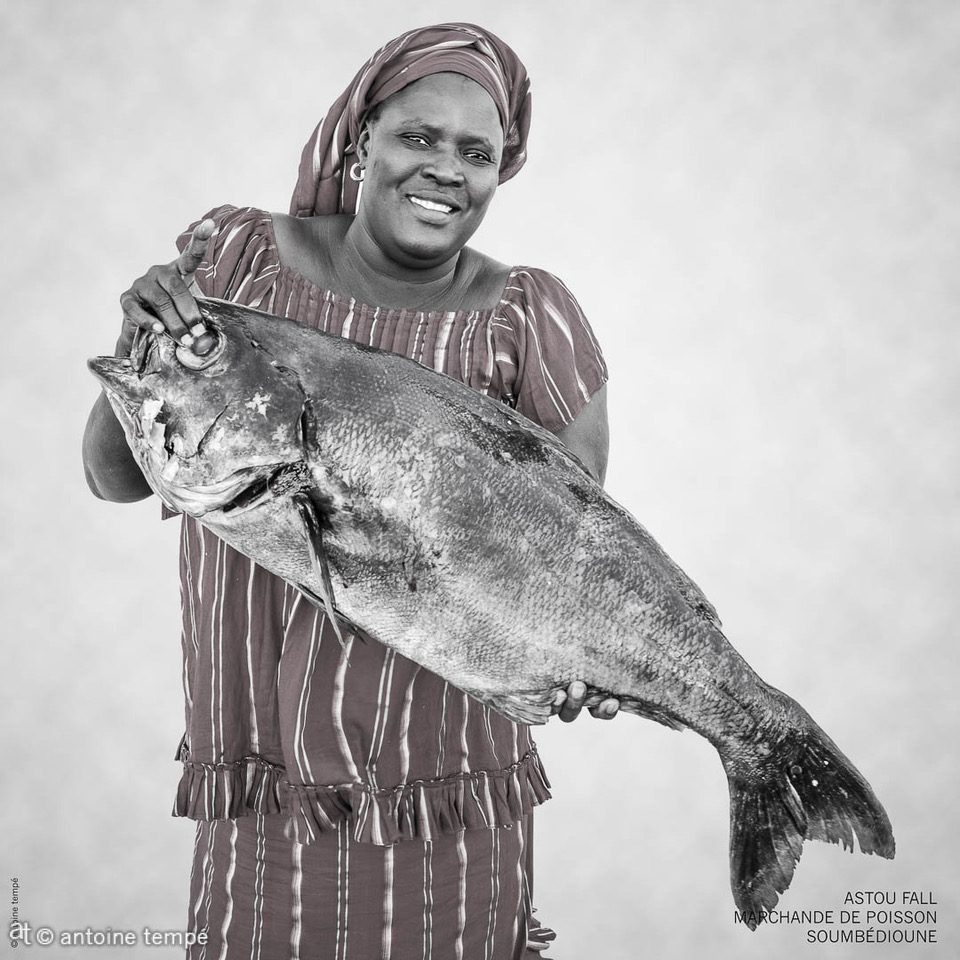 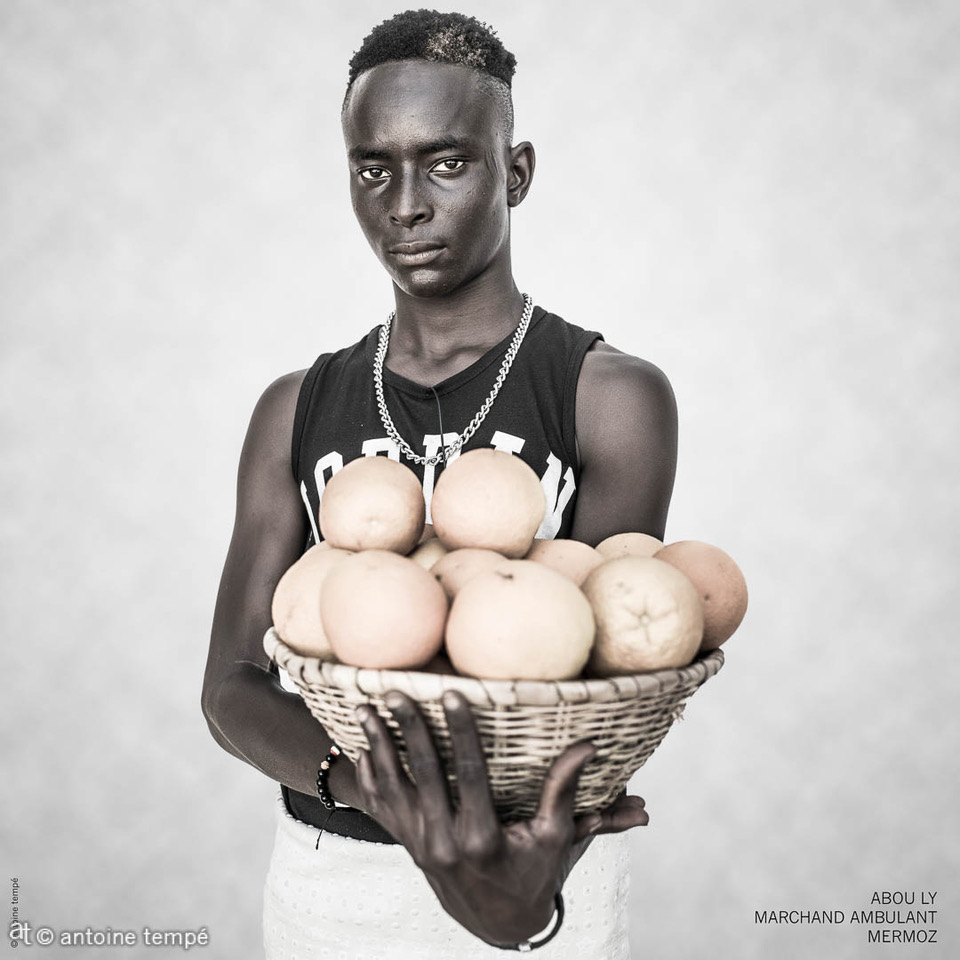 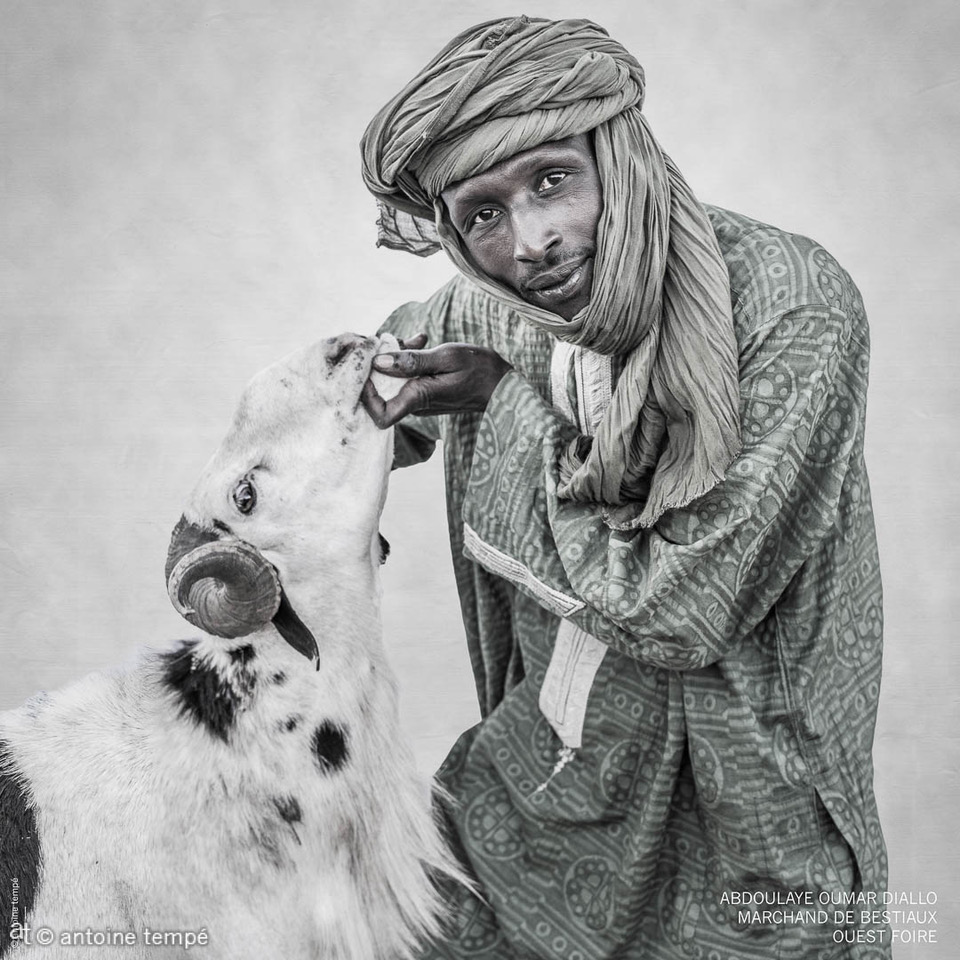 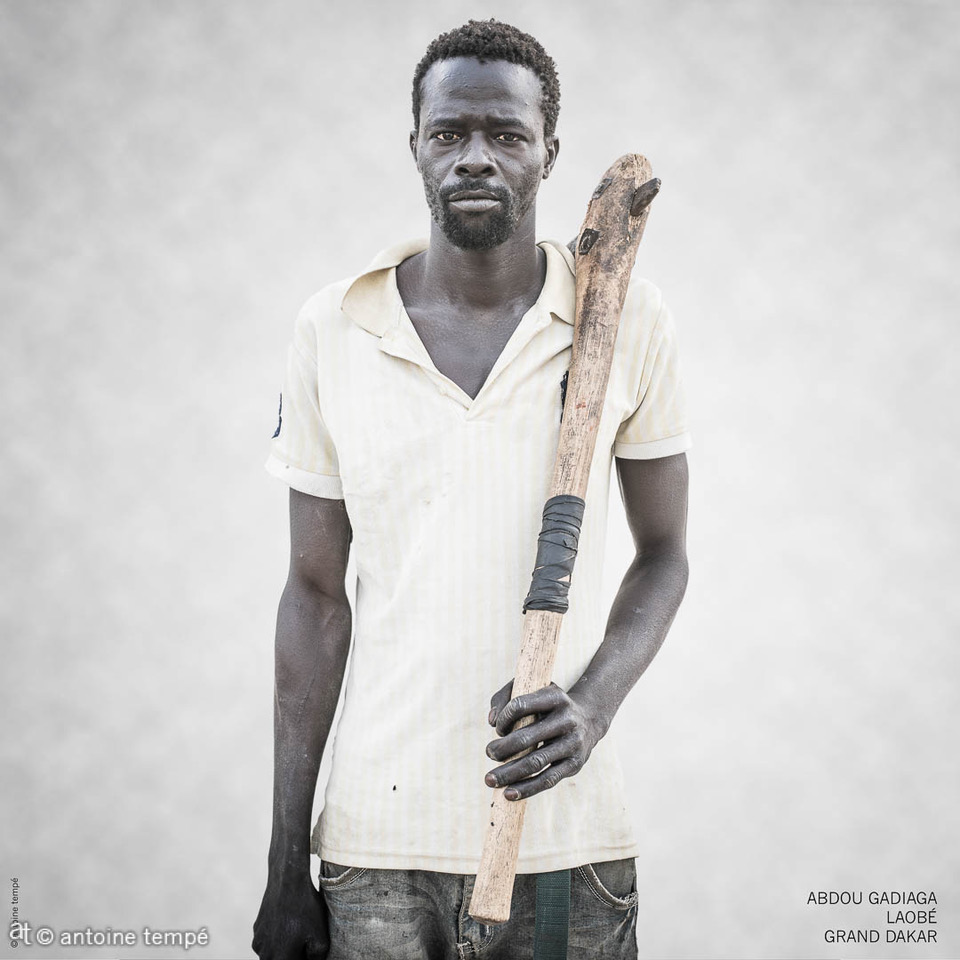 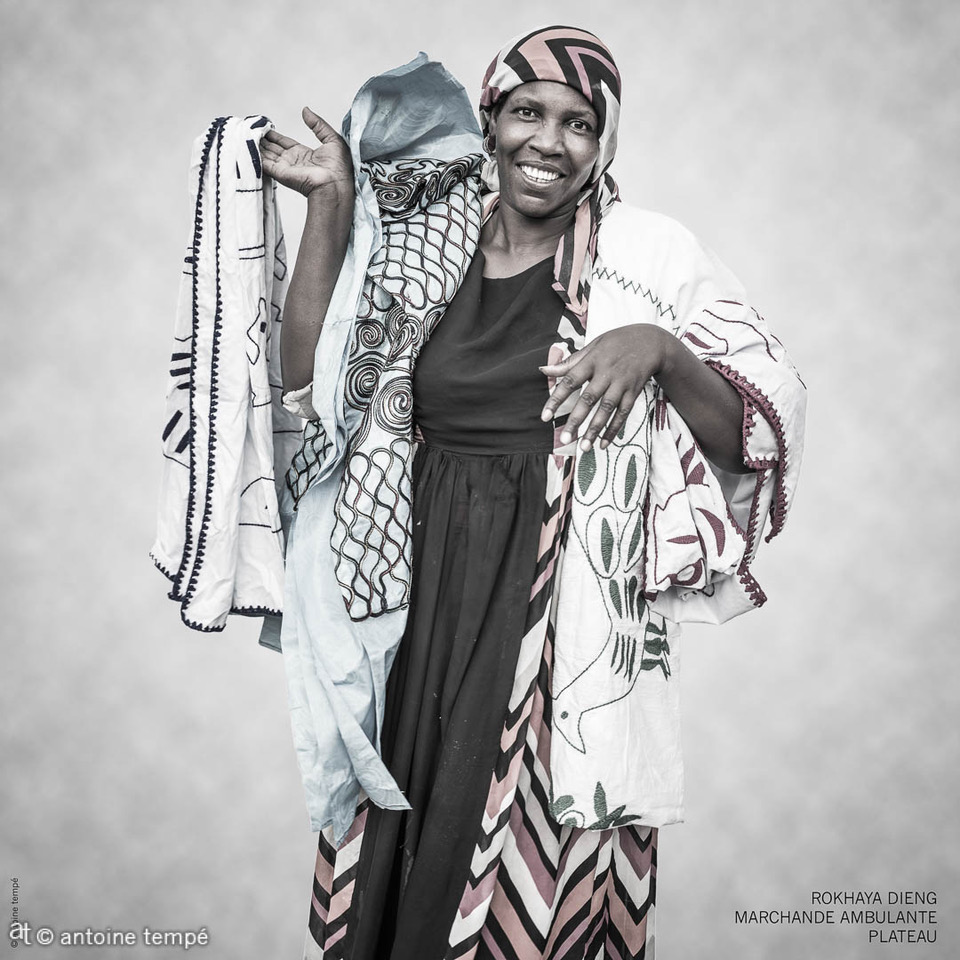