« Débris de Justice » is a series of photographs taken during many photographic peregrinations in the abandoned Hall of Justice of the city of Dakar, the capital of Senegal, a few weeks before it was cleaned in order to house for the first time, the international exhibition of the Dakar Biennial.

When construction of the “Palais de Justice” began in the fifties, it was a symbol of the grandeur of France’s colonial empire. Yet, by the time of its inauguration in 1958 it was already apparent that France’s colonial empire was nearing its demise. In the sixties, after Senegal became an independent nation, it became a grandiose symbol of the new Senegalese State. However, after just about twenty years however, it was resolved that the edifice had to be vacated because of structural issues; from the late eighties on, it was progressively abandoned as the various offices were relocated one by one to new locations. Many of the archives, among them numerous legal documents, were never moved; they were left behind along with various furnishings and office apparatus and ended up scattered among the various rooms of the Hall of Justice.

More than twenty years later, in my first visit to the still standing “Palais de Justice”, I was mostly struck by the surreal beauty of the ample rooms strewn with documents and objects. In some instances, accumulations of papers seemed organized in patterns evoking the waves in an ocean; other times the chaos of abandoned objects from daily office life made it look as if the building had been precipitously abandoned following a cataclysm; other times yet, it would invoke an art exhibition. It is only much later, as I was getting better acquainted with the edifice and got closer to the documents and the objects strewn about, that an other implication of this disorder presented itself: each fallen document meant a lost case, a broken family, a forgotten birth or death, a forfeited inheritance, … The decrepit hallways of the courthouse and their clutter started invoking mostly a feeling of a Justice in ruins.

However, a few weeks later, on May 3rd, 2016, the opening day of the Dakar Biennial, all traces from the chaos had disappeared, pushed away behind newly built walls. The tidy rooms of the “Palais de Justice” which were accessible to the visitors of the biennial made it look like so many other art institutions housed in renovated industrial or commercial wastelands.

The success of this temporary home for the Dakar Biennial among the public and art professionals has convinced the senegalese authorities to shore up and designate the edifice as a permanent institution or museum for contemporary art. Was the surreal beauty of these “Ruins of Justice” a foreboding of this new assignment? 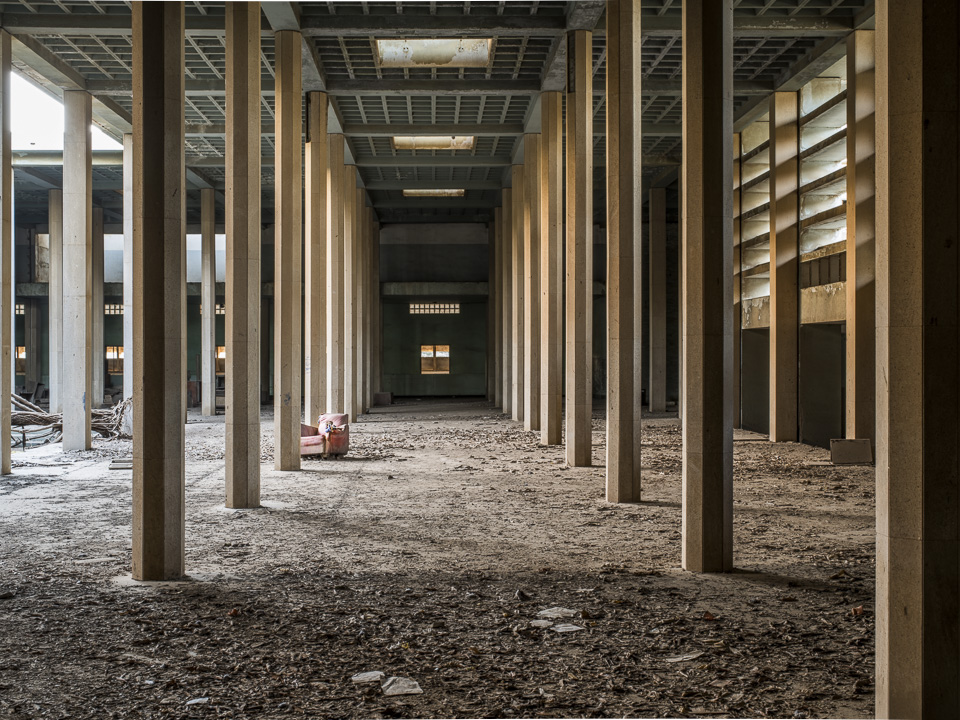